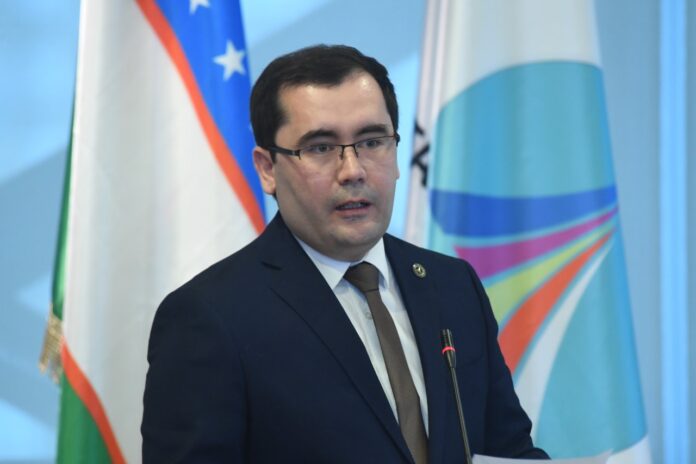 It is not surprising that the new Uzbekistan’s strategically important development program Action Strategy identifies ensuring the rule of law and further reforming the judicial and legal system as the second priority area. Indeed, in the radical modernization of the state and society, it is essential to ensure reliable protection of citizens’ rights and freedoms, ensure the independence of the judiciary, achieve justice, strengthen the rule of law, and effectively combat corruption. In the past 2020, Uzbekistan and all spheres carried out large-scale work in this direction.

The year’s analysis results are worth paying particular attention to the following ten aspects.

First, to improve legal science and education in the country, prepare, retrain and improve the system of advanced training for legal personnel, the Tashkent State Law University has obtained the right to organize distance, correspondence, and evening forms of education. Starting from the 2020/2021 academic year, organizational measures to arrange admission to bachelor’s and master’s degrees at Tashkent State Law University will be implemented in the form of distance learning. Also, to improve the system to meet the needs of the population in qualified legal services, non-state forensic organizations’ activities are allowed. A non-state forensic organization, when conducting forensic examinations, performs the same functions as state forensic institutions, has the same rights, bears the same duties and the same responsibility. A non-state forensic expert organization has the right to conduct a forensic examination based on orders received from all regions of the republic and foreign countries.

Second, another significant step has been taken to protect human rights and interests. In particular, the law “On Citizenship of the Republic of Uzbekistan” was adopted in a new version to grant citizenship of the Republic of Uzbekistan to stateless persons and ensure that these persons also fully enjoy political rights and participate in electoral processes as citizens of the state. As a result, about 50 thousand stateless persons permanently residing in the country were able to obtain the Republic of Uzbekistan citizenship. When considering these issues, mechanisms of interdepartmental electronic cooperation will be applied for the prompt exchange of necessary information.

Third, to strengthen citizens’ rights and freedoms, legislation is being improved to enhance the safety of the rights and freedoms of citizens participating in the criminal process.4 According to them, now authorities must record the process of refusal of a suspect, accused, or defendant from a defense lawyer through video recording. Also, relevant bodies will now record the procedural actions of detention, personal search, and seizure performed during the detention process through video recording. Besides, an inquiry officer, investigator, prosecutor, applying a measure of procedural coercion in the form of detention to a suspect, an accused is obliged to immediately notify about the application of a measure of procedural coercion to a person and the place of his arrest to any of his family members, and in their absence – other relatives or close persons (previously, the notification had to be made no later than 24 hours).

Fourth, Uzbekistan amended legislation to ensure the judiciary’s true independence, increase the court’s authority, democratize and improve the judicial system. Accordingly, new legislation terminated the supervisory authority for them. New procedures established and made it clear that investment disputes and competition matters belong to economic courts.

Abolished the right of prosecutors to participate in all economic court hearings. The prosecutor can now participate only in cases stipulated by law or in cases initiated by the prosecutor’s claim.6 Reforms also expanded the powers of the Business Ombudsman to participate in litigation. Also, new legislation established that a Supreme Court judge has the right to request a case from an economic court on a cassation appeal. Such changes have also been made to the procedural rules for administrative, criminal, and civil cases.

Fifth, to further strengthen human rights guarantees in consideration of cases in court and the practical implementation of the principle of opposing parties in criminal courts, Uzbekistan will introduce the preliminary hearing institution.

In Uzbekistan, in 2019, judges returned 469 cases to the prosecutor to eliminate deficiencies during the preliminary investigation after several months of trial. Now, in assigning a claim to the court, the judge can resolve this issue within seven days.

According to the new procedures, a prosecutor can study cases based on sentences, decisions, rulings, or court orders that have entered into legal force by recalling them from the court only if there are applications from the parties in these cases. If the public prosecutor refuses to prosecute, the criminal case is dropped on exonerating grounds.

The exclusion of the participation of a prosecutor on his/her initiative in consideration of civil and economic cases in courts initiated by other persons (except for cases provided for by law) made it possible to introduce the principle of “one court – one instance” and in this regard to carry out several organizational and structural changes in the judicial system.

Thus, new amendments to the legislation abolished the institution of supervisory review of judicial decisions. Establishing such an order ensures court decisions’ stability, and this latest order will prevent the infliction of unnecessary trouble on citizens and entrepreneurs by reaching a final decision on each case in court.

Sixth, the receipt of a statement, explanation, or testimony from a suspect, accused, or defendant can be carried out based on the written permission of an inquirer, investigator, prosecutor, or judge being in the proceedings in this criminal case, and only in the presence of a defense lawyer. Thus a defense attorney is obliged to be present when considering cases against persons suspected or accused of committing especially grave crimes and when considering the issue of applying a preventive measure to a person in the form of detention or house arrest.

Also, Uzbekistan introduced the institution of a plea bargaining. At the same time, for some categories of crimes, it is envisaged to conclude a written agreement with the bodies of inquiry and preliminary investigation, and to impose punishment by the court of no more than half the size and (or) the term of the maximum sentence provided for by the relevant article of the Special Part of the Criminal Code concerning persons who have confessed sincerely repentant, who actively contributed to the disclosure of the crime and made amends for the harm caused. Seventh, new legislation changes introduced the practice of online coverage of examination processes for selecting candidates for judicial positions from February 1, 2021, to ensure judges’ true independence and increase the efficiency of preventing corruption in the judicial system.

Now cases in the courts are distributed using an automated system, taking into account the volume and specialization of judges’ work in a manner that excludes the influence of interested parties on the discussion’s outcome. The Economic Procedure Code has been supplemented by the provision that extracts from the claimant’s statement, and the claimant can send the documents attached to it to the defendant and third parties in electronic form through the information system.

Eighth, the systematic work on combating corruption continued, the state created an independent state body for tackling corruption. The Agency is a specially authorized state body for forming and implementing state policy to prevent and combating corruption. One of the main tasks of the Agency is to conduct an in-depth analysis of areas with a high level of corruption and eliminate the causes and conditions of committing corruption offenses. The Agency prepares the National Report on the Fight against Corruption, which must be published annually through the mass media. Agency warnings, submissions, and appeals should be reviewed within ten days and written information on the results provided. Besides, it controls the achievement of total compensation for damage caused to society’s interests and the state due to corruption crimes.

Together with civil society institutions, it organizes the formation of the National Corruption Perceptions Index, which assesses corruption in regions, sectors of the economy, and other spheres. The Agency establishes a requirement according to which the state customer applies the anti-corruption standard ISO: 37001 to prevent and combat corruption in public procurement.

Ninth, based on humanism principles, the system of pardons introduced by the Head of State is consistently continuing. In particular, during 2020, he signed five relevant presidential decrees in this regard. As a result, President pardoned a total of 616 convicts. In particular, 274 pardoned persons were released on parole from serving their sentences. Pardoning reduced the terms of imprisonment assigned to 237 persons. Milder ones replaced the penalties of 76 persons. Eighty-seven of those pardoned were women, 29 were foreign citizens, 290 were members of banned organizations.

Tenth, the system of “propiska,” which has been painful for the country’s population for many years, has been radically reformed to ensure reliable protection of human rights and freedoms, the right of citizens to free movement. Now citizens, along with the address at their place of permanent residence, are allowed to register their relatives of the first and second kinship degrees at the permanent home in the housing facilities. Furthermore, persons adopted into a family (patronage) are subject to re-registration at their adoptive parents’ permanent home. Citizens previously registered at the place of permanent residence in the city of Tashkent and the Tashkent region, upon their return to permanent residency, respectively, re-register at their place of permanent residence without any obstacles. Also, the restrictions on the right to register at the site of a permanent home for the period of tenure of the position granted to citizens elected, appointed, and approved to the relevant posts, as well as highly qualified specialists invited to work in state organizations of republican significance, have been canceled.

In this regard, taking into account the general public’s opinion, work has begun on a phased transition from a permanent residence permit system – to a notification registration system. The requirement to have permanent registration to own real estate in the capital has been canceled.

Undoubtedly, the above cardinal changes and updates carried out in judicial and legal reforms yield positive results. In particular, about 2.3 thousand unjustly accused persons were acquitted, more than 3.5 thousand young people and women who by mistake entered the path of crime, which could be sentenced to imprisonment, based on the guarantee of the mahalla and the public were appointed more lenient punishment, which allowed them to stay with their families.

These reforms have been closely monitored by international rating agencies. For instance, according to The Rule of Law index, Uzbekistan ranked 94th out of 128 countries in 2019 and climbed to 92nd places in 2020. In terms of the “Order and Security” indicator, Uzbekistan recorded the best result, taking 9th place.

As one can see, essential steps are being taken in the new Uzbekistan to ensure the rule of law, which is an urgent link in reforms, reforming the judicial system, and protecting citizens’ rights and interests. Undoubtedly, these dramatic changes are an expression of practical work carried out in the people’s interests. 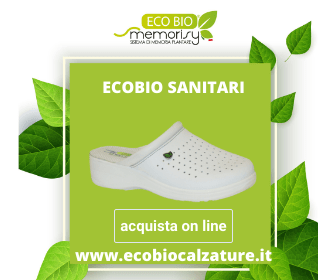 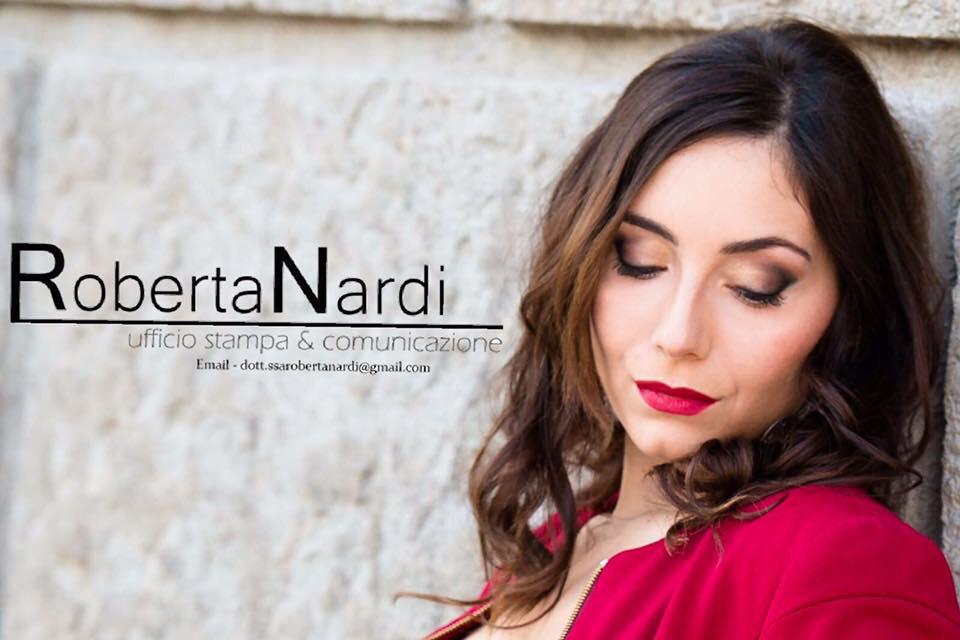 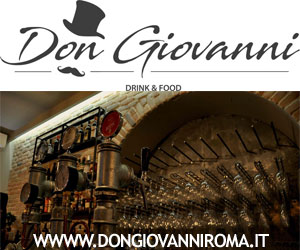 Strengthening cooperation in Central Asia in the focus of the...